Neil Packer   Book projects: One of a Kind

One of a Kind

We are delighted to announce that this book is the winner of the Bologna Ragazzi Award 2021 for Non-fiction.

Read about it here, on the Bologna website.
And here, in Publishing Perspectives.

The initial spark for this remarkable book was the moment when Neil realised that his tiny son was transfixed by every kind of large vehicle on the streets of London. The idea took root though, when he visited the Linnean Society and realised that many of the classification concepts which fascinated him could be combined in one book – at the same time as telling the story of a day in the life of that son who was fast growing up.

Here is the cover and a few of the spreads. You can find more of the spreads in the prints section as we're also selling signed limited-edition prints.

The book is best described in some of the wonderful reviews we've received, and particularly from librarians. This one, from Susan Harari from the Keefe Library at the Boston Latin School explains the concept of the book perfectly. So here it is, in full, along with many other quotes.

'What did you like about the book? One of a Kind reminds me of all the reasons I love books. It's beautiful, idiosyncratic, and takes advantage of its 'bookiness'. Ostensibly, it's a lesson on how individual objects belong to larger groups, but that's just the framework and sounds like an awfully dull slog. Nothing could be further from the truth; this is a book to pour over for hours. . . .

'The premise is simple: a lanky boy named Arvo moves through his day, while the objects he comes into contact with are placed in a larger context. 'This is Arvo' shows him and his musical instruments on a vintage starburst while the next pages show us his incredibly elaborate family tree, with over 100 family members of every color, age and gender, shown as miniatures along with the percentage of DNA they and Arvo share. The next pages show us his cat, Malcolm, along with his family tree, and Arvo's violin and guitar, and where they fit into the world of musical instruments.

'Everything that Avro encounters is explained with a huge diagram: his bike (transportation), the buildings in his town (how each is used), even the organizational scheme of his library! Packer doesn't lose track of the story either. Arvo worries that he won't be able to find his father in the crowd at the end of his journey, but Dad reassures him: there are lots of people in the world, 'but only one ME and only one YOU!'

'The beautiful mixed media illustrations have a quirky and artistic look, which makes them perfect for quiet study. The large serif type at the bottom of the page tells us what we're looking at while a clean sans serif font labels all the members of the cheese group, the apple group, the clouds in the sky or the tools Arvo might use to fix the flat tire on his bicycle. The humor is sly and wonderful: when Arvo finds the art book he wants in the library, all the paintings are of Malcolm, albeit in every art style in human history.

'Anything you didn't like about it? No. Pitch perfect.

'To whom would you recommend this book? Anyone of any age looking for a book to share with a curious child, age 3-12. It's such an ingenious work of art that even older readers will enjoy spending time immersed in its pages. This is definitely a one-to-one read. The intricate drawings will require time and close study to appreciate.

'Who should buy this book? Elementary and public libraries

'Where would you shelve it? Tricky! It could go in oversized, picture books or in a 'concept book' area, if you have one. Or in 001.012, although it seems like that would keep it well-hidden.

'Should we (librarians/readers) put this on the top of our 'to read' piles? Yes!'

From The Bookshop at Queenscliff, Victoria, Australia.

'OK the coolest kids for any age book just arrived. A story of the enormity of life and history and science, our personal worlds, vastness. I want.'

'A phenomenal book about categories and understanding. One to pore over, discuss and delight in. Simply fascinating.'

From Lauren Child, Writer and illustrator, and UK Children's Laureate

'A large and colourful book which beautifully communicates fascinating information, from types of cloud formations, to varieties of apples, names of tools, and constructions of family trees. All designed and illustrated in a playful and engaging way. Part art book part encyclopaedia – a book to lose yourself in.'

From Meghan Cox Gurdon in The Wall Street Journal

'Neil Packer takes children on a fascinating journey through various categories of things with an oversize picture book, "One of a Kind: A Story About Sorting and Classifying" (Candlewick Studio, 48 pages, $22.99). We meet a boy named Arvo and his cat, and in Mr. Packer's intense, detailed mixed-media artwork we see both of their family trees. As Arvo goes through his day, from a violin lesson to the farmer's market to the library, the illustrations show the things he encounters expanded out into vast groupings and subgroupings: instruments (percussion, wind, strings), vehicles (marine, commercial, military), buildings (mostly wood, mostly brick, mostly glass), and even time itself (Eocene, Oligocene, Miocene and onward). It's a mesmerizing collection of collections for readers ages 6-10.'

'A magnificent book that is as captivating and witty as it is beautifully illustrated. I loved it'

'Wow! This is an out of the box quirky stunner. "One of Kind" by #NeilPacker is a charming story about sorting and classifying the world around but ultimately it's a story about what makes us...us. The amazing art invites hours of page-gazing. Double Wow!!!'

'This book by Neil Packer is going to be one of the best illustrated works this year. 'One of a Kind', is a book about how we organise everything in life; from species of plants to art movements to musical instruments. It's an astonishing piece of design devoted entirely to Taxonomy, and having seen a sneak preview, I can tell you it is really, really beautiful - and very original. (Neil's representation of art movements through the medium of cats is just genius!)'

'Many years ago, when I worked at the Boston Museum of Science, I looked in vain for good children's books on classification (my co-worker and I actually tried writing one). I wish we had had this excellent oversized book to show kids how all kinds of objects in the world are sorted and classified into groups. Readers will want to spend a lot of time with the detailed illustrations on every page.' 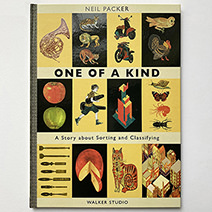 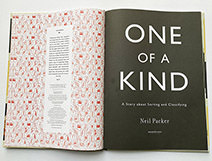 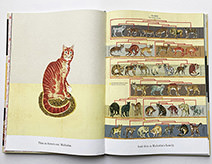 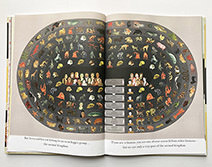 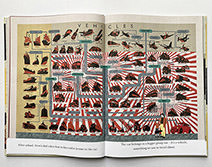 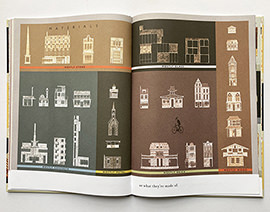 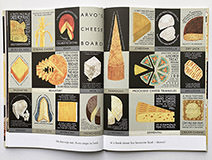 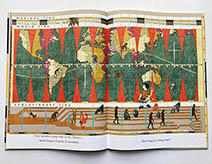