Mass: The Art of John Harris

In 2000 Paper Tiger published an excellent book of John's work. collection of images, mostly of images from a world we don't inhabit, which have inspired other artists and film directors ever since.

John collaborated with his friend, Ron Tiner, on the text. Ron was able to transcribe from their taped conversations in such a way that the reader can begin to understand the background and techniques of the artist. The purpose for which the paintings were used is almost immaterial because they all share a vision which is unique to John and this is their strength.

There are, of course, plenty of book covers which are easily recognised and the many other diverse projects with which John has been involved include work for Sir Clive Sinclair, work for his own earlier idea for "Mass" and also for his proposed book or film idea about The City of Fire.

It was published at a time when Paper Tiger was being sold off so it was never promoted fully and now it's quite difficult to find copies. However there are usually second-hand copies to be found on Amazon. I would recommend it. It's a fascinating book. 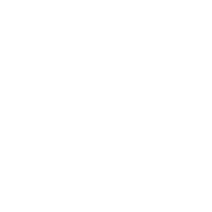