Cincinnati Museum Center (CMC) is pleased to announce, in partnership with Carol Armstrong, the release of Bok's Giant Leap. The children's book, published by Crown Publishing, tells the story of how the Earth and the Moon came to be through the eyes of a Moon rock brought to Earth during the Apollo 11 mission by astronaut Neil Armstrong.

In 2006, as he was awarded NASA's Ambassador of Exploration Award at CMC, Armstrong presented Bok to CMC as a long-term loan from NASA. Armstrong was an emeritus trustee of CMC and former board chair of the Museum of Natural History & Science. He selected CMC as the recipient of the piece of human exploration history because, in his words, 'a place of natural history is a great place for Bok to be.'

In his speech accepting the Ambassador of Exploration Award, Armstrong related the story of Bok. That story is retold in Bok's Giant Leap, brilliantly brought to life by award-winning illustrator Grahame Baker Smith. 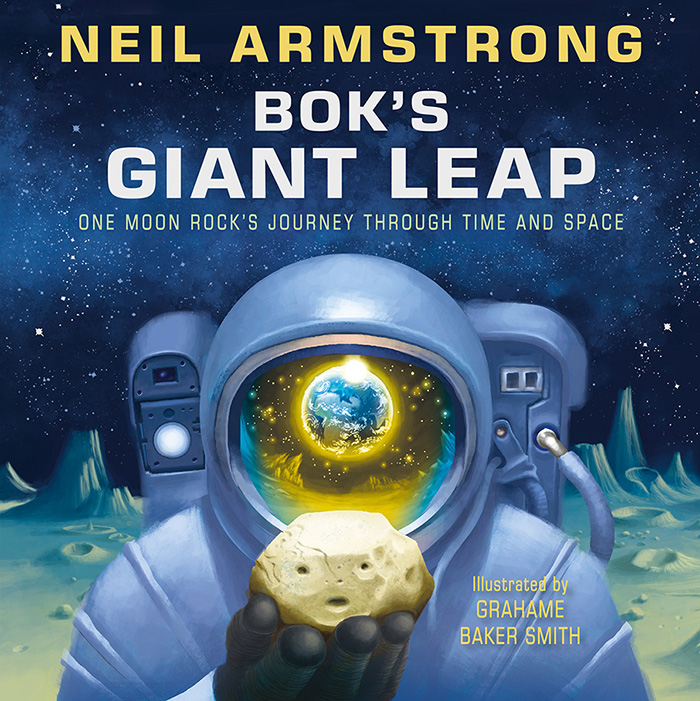